The upper Firehole, near Lonestar Geyser...

Joel on the Lamar River...

My good friend, Dave Lewis, fishing the last light of the evening caddis hatch on the Lamar 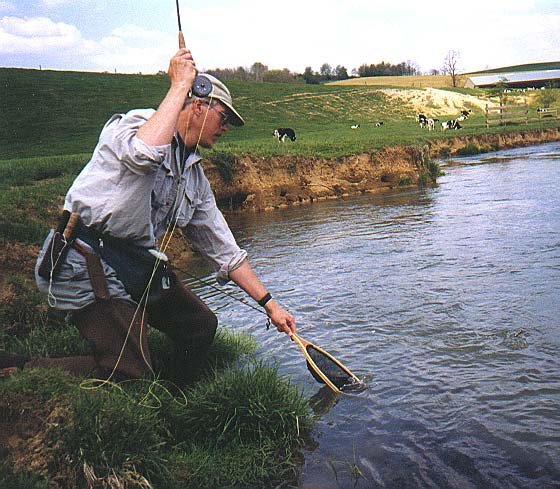 Here's another link to some pictures from a March 2001 trip I shared with Dave...

The Dunn 2000 summer excursion was to California; we're stayed in the Mt. Lassen area, the Yosemite area, and the Big Sur area.  Was out about 3 weeks...tried to squeeze in several fishing outings along with general family vacationing.  The fishing was good; the catching wasn't quite as good, but hey, it was a great time.

Report from my September 1998 trip to the Yellowstone area...my pilgrimage to flyfishing's holy waters...